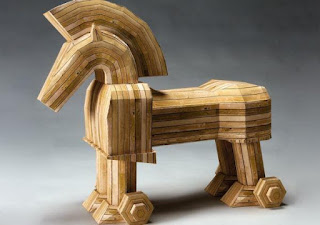 ¨ As Greece celebrates the inauguration of its anti-austerity government, the euphoria should be tempered with a bit of realism. Although new Prime Minister Alexis Tsipras, who named his son «Ernesto» after Cuban revolutionary Ernesto «Ché» Guevara, and the vast majority of his new Coalition of the Radical Left (SYRIZA) government have good left-wing and pro-labor credentials, the same cannot be necessarily said of the man Tsipras chose to be Greece’s new finance minister. Yanis Varoufakisis a citizen of Australia who was educated in Britain and worked as a professor at the University of Texas. Europe has witnessed such dual nationals with conflicting loyalties take power in countries in Eastern Europe, most notably in Ukraine, where American Natalie Jaresko became finance minister in order to deliver International MonetaryFund (IMF) and European Central Bank (ECB) austerity «poison pills» to Ukraine.

Today, the nations of eastern and central Europe are populated with globalists, overt types and those of the «crypto» variety, with many of them, like Varoufakis, citizens or past legal residents of other nations. Romania’s finance minister, Ioana Petrescu, is a Wellesley and Harvard graduate and former fellow for the U.S. Republican Party’s National Republican Institute at the neo-conservative and anti-Russian American Enterprise Institute (AEI). She is also a past professor at the University of Maryland. Although Petrescu’s right-wing connections to Washington appear at odds with Varoufakis’s ties to the neo-liberal Brookings Institution, in the world of «make believe» political differences, Petrescu and Varoufakis are two sides of the same coin. When one follows the money that helped create these two finance ministers, as well as Jaresko, all roads lead back to Washington and entities that suckle from the teat of the Central Intelligence Agency and its myriad of front entities.

Varoufakis’s curriculum vitae, like that of Jaresko’s, reeks of George Soros-intertwined globalist links. For a finance minister who is to -- if we believe the dire warnings from the corporate press -- challenge the austerity measures dictated to Greece’s previous failed conservative and social democratic governments by the «Troika» of the IMF, ECB, and European Commission, Varoufakis has had a past close relationship with the global entities with which he is expected to battle.

Varoufakis also served as «economist-in-residence» for the Valve Corporation, a video game spinoff of the always-suspect Microsoft Corporation of extreme globalist Bill Gates.

The warning signs that Varoufakis is a «Trojan horse» for the global bankers are abundant. First, Varoufakis served as an economic adviser to the failed PASOK social democratic government of Prime Minister George Papandreou, the man who first put Greece on the road to draconian austerity measures. Varoufakis now claims that he was ardently opposed to Papandreou’s deal with the «Troika» but no one will ever know how much the now-anti austerity finance minister agreed to while he was advising Papadreou on the proper course of action to settle Greece’s enormous debt problem.

Varoufakis is a close friend and co-author of American economist and fellow University of Texas professor James K. Galbraith, the son of the late «eminence grise» of American economists, John Kenneth Galbraith. Galbraith’s ties to the global banking elite are exemplified by his guest scholar position at the elitist Brookings Institution in Washington. In other words, although Tsipras’s biography suggests a bona fide leftist, Varoufakis’s background indicates that Greece’s new finance minister is at home and comfortable with the banker elites who carved out Greece’s national soul with a sharp blade of austerity cuts to social security, public health, and other basic public services.

The foreword to Varoufakis’s book, «A Modest Proposal, which deals with Europe’s financial crisis and which he co-wrote with James Galbraith and former British Member of Parliament Stuart Holland, was written by former French Prime Minister Michael Rocard. Rocard has called for the EU to appoint a European «strongman» and Rocard’s choice is European Parliament president Martin Schulz, the very same man who has warned the new SYRIZA government to abide by the austerity agreements concluded by the past PASOK and conservative governments.

Holland, an adviser to former Greek Prime Minister Andreas Papandreou, along with French President François Mitterand, helped craft the 1986 Single European Act, one of the charters that helped create the European Union financial system that has been used to emaciate the Greek economy in the name of austerity.

Varoufakis’s commitment to work within the IMF and European banking system is obvious from what the Greek finance minister wrote on his website. After calls by American financial writers Paul Krugman and Mark Weisbrot for Greece to follow the example of Argentina and default on its debts and exit the Eurozone altogether, Varoufakis argues that Greece must «grin and bear» the measures imposed on it by the bankers and the German government as a member of the Eurozone. And that means the SYRIZA finance minister surrendered to the whims of the bankers long before SYRIZA’s electoral victory. Considering the unquestionable leftist credentials of many members of the Greek government, the bankers have, at the very least, a willing accomplice as finance minister on the Greek side of the negotiating table on the future of the nation’s economy and the unpopular Troika-imposed austerity measures that swept SYRIZA to power.

Although Varoufakis stands ready to cut deal after deal with the global and European bankers, his colleagues in the coalition government SYRIZA crafted with the anti-EU but right-wing Independent Greeks party, will not follow EU diktats when it comes to such matters as agreeing to continued austerity, as well as EU sanctions against Russia. No sooner had Tsipras become prime minister, he criticized the EU for issuing a warning about further sanctions against Russia over Ukraine. Tsipras said an anti-Russia European Council statement had been issued without the consent of Greece.

Greece’s new foreign minister, Nikos Kotzias, is, like Varoufakis, an academic. However, unlike Varoufakis, Kotzias, a former Communist, has been a professor at a Greek, not a foreign, university. Kotzias and Tsipras are following through with their promises of opposing current and future EU sanctions against Russia, something that will not endear them to the Soros elements who have their clutches on Varoufakis. Kotzias has the power to veto new or renewed sanctions against Russia. Kotzias is opposed to German domination over Europe and was such a staunch Communist, he supported the crackdown by Polish Communist leader Wojciech Jaruzelski on the Solidarity trade union movement in Poland in the 1980s, a fact that places him at complete loggerheads with EU Polish President Donald Tusk, an early activist within the Solidarity movement, who wants to impose further punitive measures on Russia. In what can only send EU and NATO interventionists into a tail spin, Kotzias will find himself more at home in Moscow than he will in Brussels or Berlin. Russian President Vladimir Putin has already started the process of establishing close relations with the new government in Athens. The U.S. National Security Agency (NSA) has likely commenced «surge» surveillance of all official communications links between Athens and Moscow and it has also certainly placed Greece, like Russia, Turkey, Brazil, Hungary, Venezuela, Iran, Syria, and Lebanon into the category of a hostile «target» nation for the purposes of collecting signals intelligence or «SIGINT».

Greece, which pioneered the Trojan horse weapon used against Troy, must be on guard against Trojan horses like Varoufakis who have been implanted in the new Greek government.¨.